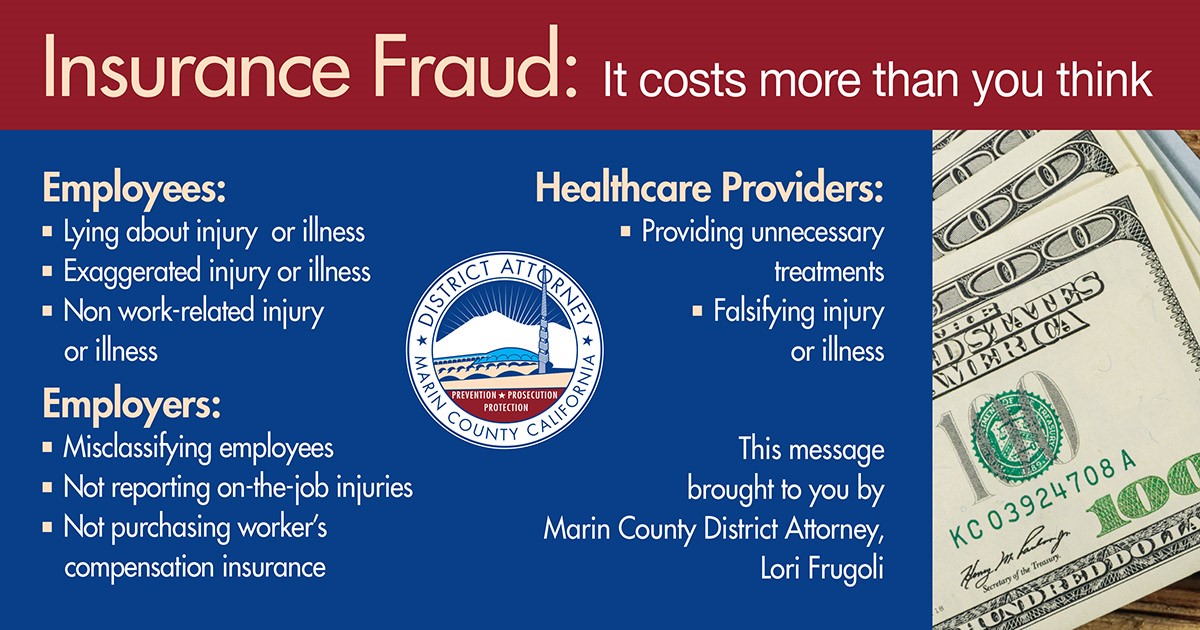 The Marin County District Attorney's Insurance Fraud Unit prosecutes all forms of insurance fraud and related crimes, including Workers Compensation Fraud and Automobile Insurance Fraud. The Unit works closely with the California Department of Insurance and the fraud units of various insurance companies and other local agencies to investigate and prosecute such crime.

The Workers Compensation system is a valuable program which compensates legitimately injured workers and benefits the People of the State of California. However, many workers make fraudulent claims on the system, which creates an air of mistrust against those who are legitimately deserving of benefits and also increases employer costs and drives businesses and jobs from California.

It is the Fraud Unit's mission to investigate fraudulent claims and aggressively prosecute violators, thereby deterring others from similar conduct by demonstrating its consequences.

A single violation of insurance fraud can be punished as a felony, resulting in a five-year state prison sentence or a $50,000 fine, or both.

If you suspect insurance fraud of any kind, you may contact the District Attorney's Insurance Fraud Unit as follows: