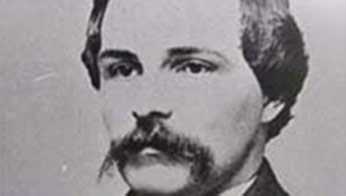 The following is a portion of the 1984 interview of Albert Bagshaw (age 81) who was the Marin County District Attorney from 1935 to 1950. In this interview conducted by the Oral History Committee of the Mill Valley Historical Society in conjunction with the Mill Valley Public Library, Mr. Bagshaw recounts his chase, shooting, and capture of escaped San Quentin Prison inmates during his first month in office in January 1935, and the subsequent prosecution of the escaped inmates whom he personally tried notwithstanding being personally involved with the chase, shooting, and capture. Bagshaw obtained a death penalty verdict and these defendants were the last San Quentin inmates to be put to death by hanging at San Quentin. Bagshaw apparently declined an invitation to witness the hangings.

“By that time I had moved over to Corte Madera in a rented house, and I had my one child, a daughter. Seven days after I assumed office as District Attorney, I accompanied Edmund Blum, known as Bob Blum, formerly of Mill Valley, who was undersheriff, to court in Tomales to prosecute some kids who were stripping automobiles. I went with him in his old Dodge and we tried one of those youths before the justice of the peace and he had just been found guilty when Blum was called to the phone to be told that there had been a major break from San Quentin.

The warden had been killed and the members of the parole board had been kidnapped and they were supposed to be on their way to our area in two cars. They were supposed to be armed with machine guns. We, we released the kid we had just convicted of stripping cars and Blum and I and the undersheriff, Jack Bones, who was the constable up at Tomales, went to the outskirts of Tomales. Just as we arrived and pulled to the side of the road we saw a car coming around the bend, which Blum identified as the warden's car at San Quentin, a seven-passenger Studebaker. A guard was driving it in uniform, and as he approached he waved his arm out of the window indicating, I presume, don't shoot.

In the meantime, Blum had his revolver and I appropriated a sawed-off shotgun from Blum's car and Jack Bones had a deer rifle and as the car approached we could see it was heavily laden. I pointed that double-barreled shotgun at the car and pulled the trigger, but there were no shells in it . . it was empty. As the car swept by us, I shouted, "Pick off a tire," and Bones did just that. He picked off the right rear tire with the first shot and we then followed the warden's car all the way to Valley Ford -- a distance of 10 to 12 miles. We could have overtaken them at any time because of the flat tire but we thought they had machine guns.

During this pursuit, Blum and Bones fired several times at the car, the prison car, and later found out we had shot Joe Stephens, a banker from Sacramento, in the hip, and a San Francisco Police Commissioner in the backsides and creased one of the convicts -- a part in his hair right down the middle.

We followed the car on as it went out of Tomales when the guard who was driving opened the door with his elbow and rolled out onto the street. One of the convicts grabbed the steering wheel and they continued on. They got mixed up in the roads -- he told us later they were trying to get to Canada -but they turned left at Valley Ford and went over the hill and down a hollow where an old creamery building was at the bottom on the left side. Their tire was completely burned off so as they went by this creamery building they drove the car into a bunkhouse where it stopped.

The prisoners, who had exchanged clothing with their hostages at San Quentin, all ran into the creamery building. The hostages were all fat businessmen who had all those thin prisoners' clothes. None of the clothes closed in front, you know. But we recognized them and didn't shoot at them. The prisoners took refuse in the creamery building; we heard shots in there and we found out later that they herded all the creamery crew into the big refrigerator room.

I ran down the hill towards the left rear corner of the creamery building. Blum and Bones took refuge behind rocks further up the hill, and somebody yelled after me, "Come back, you damned fool." I felt like a fool but I didn't dare go back because I would be exposed to some of the upper windows in the creamery building looking right down over the hill I would have to go. So I hugged the side of the building and tried to act like a mouse. I was doing that when Blum yelled, "Look out behind you," and I whirled quickly around and saw this human figure in a pile of refuse -- milk cans and the like -- huddled in there. He was crouched and had a .48 caliber pistol raised along the side of his head. Frankly, my impression was that he was trying to get courage to put it in his mouth to commit suicide.

In the meantime I had borrowed a couple of shells for the sawed-off shotgun and quickly fired one shot blasting the man with the gun. He fell -- died before they could get him to the hospital. He was a fellow by the name of Street -- the leader of the herd, Rudolph Street. My big old shotgun must have sounded like a cannon inside of the sheet metal creamery building. The perforations are still there -- there must have been fifty of them-- and I let out a shout, I got one of them," and a moment later a male voice from inside said, "We want to negotiate. We'll surrender if you promise there won't be any abuse, no beatings."

So I said there would be no abuse and to throw their guns out the rear door so we could see them and then come out with raised hands. They did this, those .48 caliber automatic pistols came out, and then the three convicts with their hands raised. By that time the pursuit had caught up with us -- hundreds of cars arrived, all the law enforcement people, the deputies, the prison people, the newspapers who had been on the radio for hours, they all caught up with us. At the time there was only one telephone there but it was impossible to get to it. But somehow they got an ambulance for Street, but he died en route to the prison. I finally got one of the reporters to tell his office to call my wife at home and tell her I was safe.

But to bring the story to a close: The three surviving prisoners were McKay, Christie and Landers. Investigation developed that Landers had been taken into the escape plan at the last minute to replace some other prisoner who had been transferred to Folsom. It also developed that when Rudolph Street, whom I killed, was in the process of beating the warden to death, this prisoner Landers had interceded and tried to stop him. So when we got into trial I had them indicted under the Lindbergh Kidnapping Law which provided either the death penalty or life without possibility of parole if convicted of kidnapping for purposes of ransom and during such kidnapping injury was sustained by the hostages. Now literally it applied to my case, but it was never intended to cover such a case. The three prisoners were represented by the now-famous Melvin Belli, then just an upstart kid. He was representing them free, trying to get a reputation, and he was just impossible ... I mean difficult.

Belli contended, with some degree of rightfulness, that there was no kidnapping for purpose of ransom or reward, and that any injuries sustained by the officers were inflicted by the pursuers. I took the position that ransom or reward meant anything of value. They took the hostages' clothing and pocketbooks and they thereafter used them as hostages, as shields, to protect them from the pursuers' bullets so they inflicted injury just as much as if pushed into an oncoming train. Well, Melvin Belli made a state matter of it; in fact, an international matter of it. One of the prisoners, Christie, was a subject of Great Britain even though he had been in our jails about all his adult life. But Belli succeeded in getting the British press to intercede with our State Department, saying we were abusing the victim, using the Lindbergh Law against a British subject.

I was interviewed by the newspapers about it and I popped off; we were taught in law school to believe that British justice was more certain, positive and unemotional than ours, and also more prompt. I said that this Christie had been a problem of the United States ever since he was four years old, had served time in all of our jails and I didn't think it was Britain's problem, I thought it was ours. That's the way I was quoted, and the next thing I knew I had a letter signed by the Boyle Heights Gang . They described my home in San Rafael, ground floor, many windows on the ground level; they described my daughter, age 5, where she went to school; and they said if Landers, McKay and Christie are executed your daughter will be the price to pay. So I sent it up to Sacramento to see if they could get fingerprints from it. They couldn't. But again, it got to the press and they made much ado about it. So for a couple of months I wore a shoulder holster and a gun and I had a special night guard at my house and my daughter didn't go to school.

But it all blew over. Because Landers had saved the warden's life we let him plead guilty to kidnapping without personal injury. He got life with the possibility of parole. McKay and Christie stood jury trial. Belli represented them. They were convicted and the jury recommended execution by hanging. They were hung within a year's time. It was the last execution by hanging in California. Belli stopped at my office en route to the execution to deliver to me a special invitation to attend -- I've never witnessed one nor would I want to -- and he brought me a letter from the prisoners afterwards referring to me as all sorts of bad things. They said that I should come over and watch real men die. Well, so much for that. That was perhaps the most exciting time of my life.

Landers was paroled very soon afterwards. Years later I was in the Superior Courtroom in San Rafael -- it was a night proceeding -- and they had bought some new furniture from San Quentin Prison where they had manufactured. Landers was one of the moving men. He came up to me and made himself known; he had been paroled and had violated and was again sentenced to San Quentin. He was moved from San Quentin to Folsom because of his conduct and was shot and killed in an attempted escape from Folsom. So the entire bunch was gone.

I continued on for sixteen years as District Attorney, a very active time in my life. I seem to have the ability to get into all kinds of scrapes and manage to get out of them quite well.”