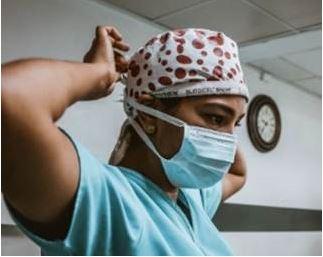 San Rafael, CA – As of March 1, victims of sexual assault in Marin County can be examined by nurses at Kaiser Permanente San Rafael Medical Center as part of the investigation process into assault charges by local law enforcement agencies and the Marin County District Attorney's Office.

The goal of a sexual assault examination is that survivors receive victim-centered, trauma-informed care by specially trained nurses after the assault.

Since 2011, all such forensic medical exams have taken place at the Kaiser Permanente Vallejo Medical Center in an arrangement between the County of Marin and a regional nonprofit network that provides sexual assault nurse examiners called Napa Solano SANE-SART[External].

Marin DA Lori E. Frugoli has been working for the past few years on a way for Marin's victims to have a local forensic examination by nurses who have received specialized training. “This will lessen the stress and trauma already suffered by victims of these crimes and during the investigative process,” Frugoli said.

The change aligns with the Marin County coordinated response to domestic violence and sexual assault cases, which encourages victims to seek self-help and assistance. Frugoli said it is particularly important because such crimes affect a disproportionate number of underserved communities and people of color.

The DA’s Office has a Special Victim Unit with experienced attorneys and victim-witness advocates who work closely with victims, law enforcement agencies and Napa Solano SANE-SART to ensure the proper collection of forensic evidence that is required to prosecute such cases.

Kari Cordero, Executive Director of Napa Solano SANE-SART, said she is grateful for the partnership with the DA staff and Kaiser Permanente San Rafael Medical Center. The SANE-SART on-call nurses address an assaulted individual’s medical and emotional needs and collects medical evidence in accordance with established protocols. They conduct hundreds of exams each year under contract from several North Bay counties and often serve as expert witnesses in court.

“The complexity of sexual assault makes reporting difficult for victims,” Cordero said. “They not only have to report it to a law enforcement agency, but then law enforcement has to contact our team to set up an exam in Vallejo, and that’s a deal-breaker for a lot of victims. Doing exams in Marin County will remove an additional barrier to reporting, allow for evidence collection, and begin a path for healing. This is great news.”

Kaiser Permanente San Rafael Medical Center officials said they are proud to be able to accommodate the community need and recognize how vital it is to make the process easier on victims.

“We understand the complexities involved with reporting a sexual assault and want to do what we can to make the process easier and more convenient for victims,” said Pat Kendall, Medical Group Administrator Kaiser Permanente San Rafael. “Our nurses will provide the compassionate care and unwavering support victims need during this traumatic time.”

“This is exciting news about the new site for exams,” she said. “The partners in SART work well together, and we have supported this effort for a long time. The overall goal is that survivors receive victim-centered, trauma-informed care after the sexual assault. The availability to have access to services is essential for all survivors to help reduce the trauma.”

Years ago, SART exams were conducted by a team of obstetrics nurses and midwives at Marin General Hospital, now known as MarinHealth. The County of Marin approached Napa Solano SANE-SART in 2009 about taking on the Marin clients, which at the time typically numbered eight to 10 per year. Kaiser Permanente Vallejo was the only Kaiser Permanente hospital at the time to offer such forensic medical procedures to Marin residents.

The need grew steadily until the Marin cases averaged 35 per year, Cordero said (there were 25 exams in 2021). The Marin County Civil Grand Jury issued a report in May 2018 titled Sexual Assault in Marin: Evidence Collection, Processing, and Backlog[PDF] that commended the alliance between the County and Napa Solano SANE-SART, recommended contract renewal, and made several recommendations to upgrade the program.

In July 2021, the Marin County Board of Supervisors approved a pilot project to bring the exams back to Kaiser Permanente San Rafael Medical Center. The project was delayed because of COVID-19-related staffing commitments by the nurses and the lack of time for training. But, starting in March, two Marin-based nurses will conduct the exams at the Terra Linda facility and receive staffing support as needed from the qualified examiners from Vallejo.

Frugoli encourages personnel with health care providers, colleges, and schools, and other community organizations to help publicize the policy change. “We hope this local service is one less roadblock to victims reporting these crimes,” she said.